Readington, HLT Team Up To Protect the Places You Love

Just like a jigsaw puzzle, the pieces of Readington Township’s land preservation plan are fitting together quite nicely.

The latest piece added is the Fitzgerald tract (above), 28.7 acres nestled in the northern Chambers Brook watershed and off Coddington Road.  Hunterdon Land Trust played a key role in this project by acquiring a grant for $143,500 from Hunterdon County’s Open Space Trust Fund to help purchase the property, noted Jacqueline Middleton, land acquisition director of Hunterdon Land Trust.

Readington is also anticipating funding from Green Acres to complement the money from the county, noted Juergen Huelsebusch, who serves on the Readington Township Committee and chairs the town’s Open Space Advisory Board (OSAB) and is liaison to the Township’s Agricultural Committee.

The Fitzgerald tract consists mostly of forested land with wetlands and two streams. Two small tributaries of the Chambers Brook flow through the southeast portion of the land, and preserving this parcel will help enhance water quality in the area. The property also provides habitat for a variety of species including bald eagles, eastern box turtles, and great blue herons.

The preservation also fits neatly with the township’s plans because it’s located 900 feet from the 36-acre Gallo property, which was protected in December 2019. That property, located off Ridge Road, now supports a trailhead.

“Three years ago, we came up with the idea of establishing a corridor or greenway in the Chambers Brook watershed, not only to protect the stream but to link a corridor together,” Huelsebusch said. “What I would really like to see is the creation of a greenway corridor from Branchburg to the Cushetunk Mountain that over time we fill in.”

Readington has an overriding goal of preserving land strategically, Huelsebusch noted. OSAB has stated a 2050 goal of preserving 12,000 total acres of land, which would represent about 40% of land in the township. The statement notes “Given the expected build-out of Readington Township and New Jersey by 2050, it is critical that preservation opportunities be actively pursued whenever lands suitable for preservation, either for natural resource protection, recreation or farmland use becomes available.”

Another project HLT offered vital assistance with was the Saums Farm, located on Rockafellows Mills Road. Readington Township owns the 105-acre property after having purchased it from Floyd Saums. Fifty-five acres will be preserved as farmland and the remainder will be preserved as open space. HLT helped by getting funding for the open space portion and meeting with the landowners to help facilitate the acquisition. The land is currently in the process of getting preserved.

This property attracted interest because it is adjacent to a state wildlife management area and is vital for maintaining the species habitat of the state-endangered Northern Harrier, the state-threatened Bobolink and Savannah Sparrow. The Saums property also contains a forested stream corridor with headwaters in natural cover.

“This project provides the unique opportunity to protect an entire parcel while implementing the appropriate land uses by preserving both the farm for agricultural use and the forested areas as open space. Protecting the open space parcel increases the greenway corridor of the existing wildlife management area which promotes the health of the forest, water quality and wildlife habitat while at the same time a viable and active farm in Hunterdon County is preserved.” Middleton noted.

And other projects are in the works.

“Readington’s Open Space Advisory Board has a solid vision of what they want to preserve in their town and have put together a really good preservation plan,” Middleton said.  “We’re happy that we are able to help them achieve their vision. And none of this is possible without our preservation partners NJ Green Acres, NJ State Agriculture Development Committee, Hunterdon County and the township.” 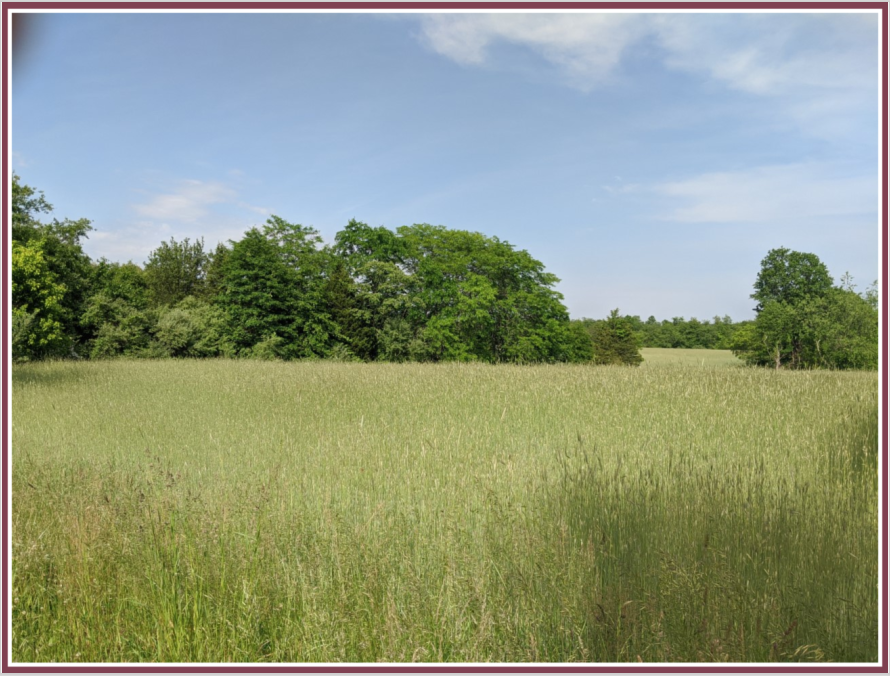 The Saums Farm in Readington