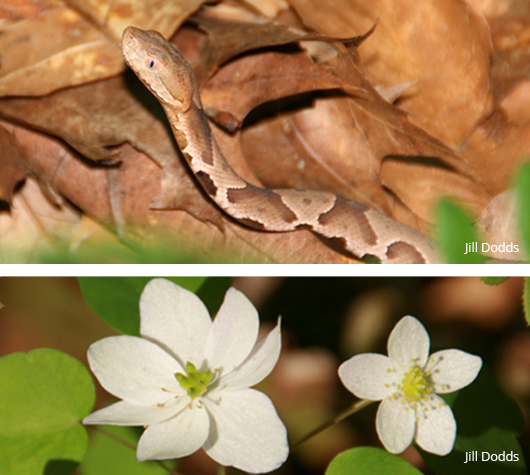 Hunterdon Land Trust facilitated the preservation of Kugler Woods in 2001. Set on the bluffs overlooking the Delaware River in Kingwood Township, the 220-acre property is almost entirely wooded with mature specimen hardwoods, including numerous large sugar maples. The former owner once ran a gravity-assisted maple syrup operation on the property.

Named after its 18th-century owner, Kugler Woods provided timber for the famous Rodham Boat Works at the edge of the property. Here the flat-bottomed cargo vessels known as Durham boats were built to haul lime, pig iron and other goods from the Lehigh Valley to Trenton and Philadelphia. The boats were most famously deployed by General George Washington in 1776 during the historic Christmas crossing of the Delaware downstream at Washington’s Crossing.

Together with adjoining preserved lands, Kugler Woods is part of a large and healthy woodland ecosystem with critical habitat for neo-tropical songbirds that need deep forest areas to breed. Vernal ponds on the property provide habitat for numerous rare plants including wild comfrey, Missouri gooseberry, and hairy lip fern. The woodlands are also habitat for the long-tailed salamander and other wildlife, including turkeys, hawks, owls and coyotes.

The easiest way to visit Kugler Woods is on a scenic, quarter-mile trail that enters the park from the east side of Route 29 just across from the D&R Canal parking area near mile marker 28. The trail leads to a beautiful three-season waterfall. It’s a short hike, but the trail is rough and narrow with steep drop-offs in places.

Protecting Kugler Woods required several years of negotiations and the resolution of complicated family issues. In the end, the land was preserved with a conservation easement negotiated by the Land Trust and funded by the NJ Green Acres Program.