“I felt very deeply that this land should be preserved for future generations … I did not want to see it compromised by development.” 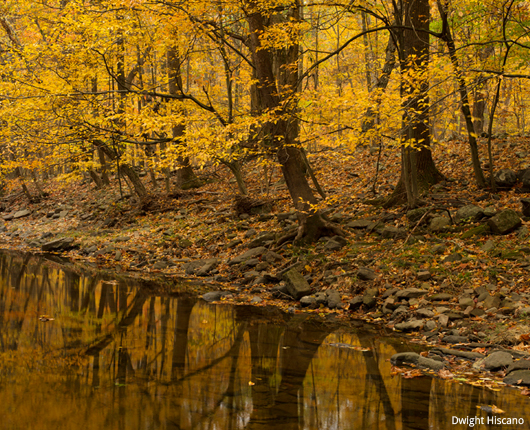 Lockatong Creek cuts a wide and rocky course from the uplands of Kingwood and Delaware Townships to the Delaware River. A vital freshwater source, and one of the Land Trust’s principle project areas since the organization’s founding in 1996, the Lockatong remains an unspoiled slice of rural New Jersey, with mature hardwood and coniferous woodlands, vital wildlife habitat, tranquil fishing holes, numerous historic sites and beautiful landscapes.

Like many of the Land Trust’s projects, the Lockatong Preserve is the result of several real estate transactions completed over many years. Key acquisitions adjacent to Hunterdon County’s Wescott Preserve have created a greenbelt of more than 250 acres of protected land with marked trails guiding hikers through woods and meadows and along the stream corridor.

A Walk in the Woods 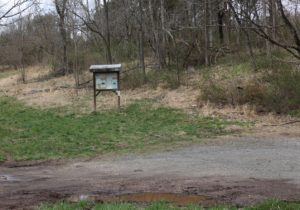 Parking is at preserve entrance off Raven Rock-Rosemont Road.

Starting at the preserve’s southern end, you’ll find a parking area and trailhead near the 1878 iron truss bridge on Raven Rock-Rosemont Road. The trail leads uphill along the edge of a meadow maintained for kestrels, bluebirds and other grassland birds. The plastic tubes along the trail protect chestnut saplings. The young trees are American chestnuts that have been crossed with Chinese chestnuts to increase their immunity against the blight that eradicated native chestnuts in the last century.

The trail enters the woods then descends toward the floodplain, where mature hickory, beech and maple cast dappled shade over a growth of spicebush, mayapples, Jack-in-the-pulpit and other understory plants. Named Mimi’s Trail in honor of the late Mimi Upmeyer, a dedicated conservationist and founding Land Trust member, the trail follows the stream to a bench overlooking a pool at the base of a rocky cutbank.

Beyond the bench is Peters Trail, named after the late Ralph Peters, the previous owner of this parcel. Peters Trail meanders down to the streambed then up a steep bluff through a stand of mature hemlocks. A spur trail on the right as you ascend the hill leads to an overlook with beautiful views of the Lockatong valley. The main trail continues uphill through woods and fields and past a small pond to a parking area on Strimples Mill Road.