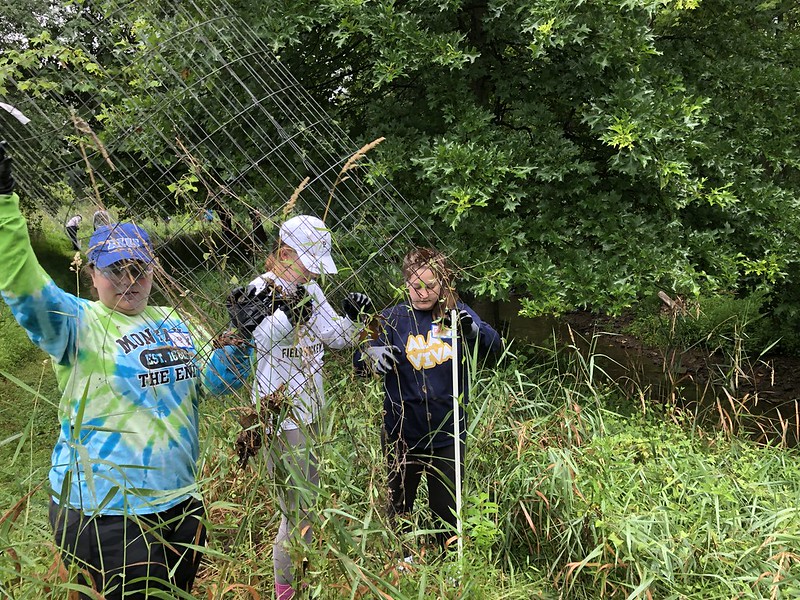 A group of teenagers gained firsthand knowledge of invasive species and how to care for young trees recently at the Dvoor Farm.
For two days, teens from St. Charles Borromeo Church in Skillman, working through the Lawrenceville-based Center for FaithJustice, cared for roughly 200 trees on the property under the guidance of HLT Land Steward Kristin Winters.
Winters discussed safety measures with the teens — protecting themselves from ticks, for example — before leading them across the trailhead bridge toward the farm’s wetlands. Along the way, the group checked young trees protected by fencing — used to ward off hungry deer — to make sure they were healthy. Then they would pull any weeds around the tree before putting the fence back in place.
Luis Meglar, youth leader for the team, said the goal was to teach kids how to care for the land and the importance of environmental justice.
“The program tries to teach teens about the intersection of faith and justice,” Meglar said. “The youngsters learn to put their faith into action and to think about the impact they can have.”
Meglar said the students perform service during the day, then later gather to reflect on what work was done and who they met.
As far as the amount of work being done, Winters was impressed with the results, noting the teens managed to care for many trees in a short amount of time. 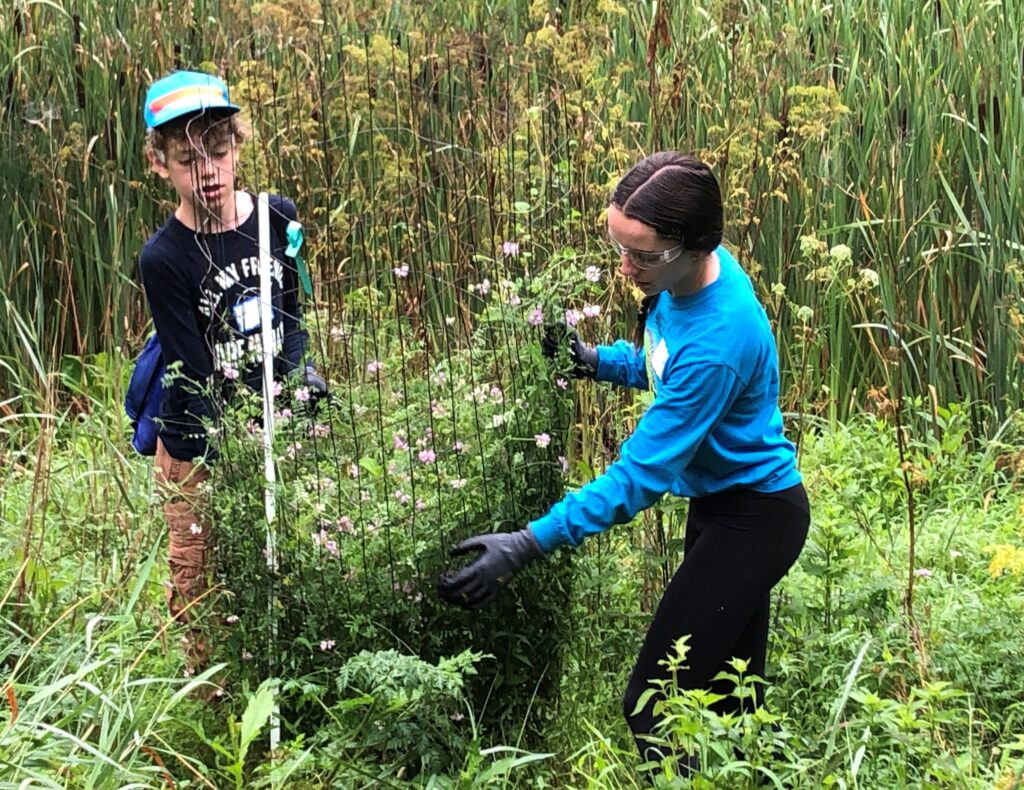