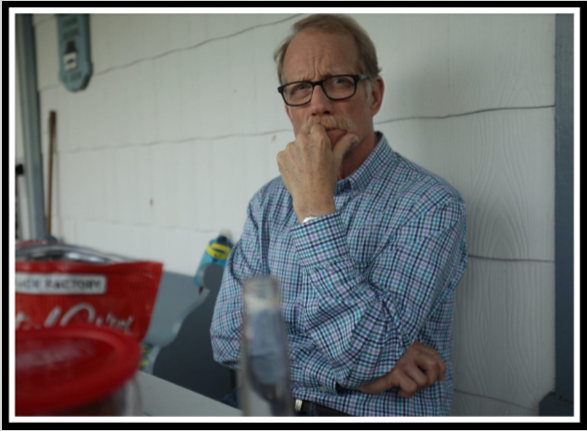 Hunterdon Land Trust is mourning the loss of dedicated Trustee, Louis John Belle II, who passed away peacefully at his Raritan Township home on Saturday, April 18. He was 73.

“John’s commitment to agricultural sustainability and land preservation was unparalleled,” said HLT Board of Trustees President Nancy Cunningham. “His contributions to the Land Trust during his tenure on the board and his service on the Dvoor Farm Committee were invaluable.”

Born in Oak Park, Illinois, John was raised in Elizabeth and Mansfield Township, before settling in Raritan Twp. in 1988.

Graduating with a degree in civil engineering from Newark College of Engineering, John was a professional engineer licensed in many states. He was formerly president of Kinsey Associates, Hackettstown, NJ, where he was a renowned recreational facility designer. He would later go on to join his wife in her company, Amy S. Greene Environmental Consultants, Inc., as a supervising engineer. While having designed major structures, his 46 years of experience was focused primarily in the specialized field of recreational environmental design.

“John was a pleasure to work with, and we will truly miss him and his engineering expertise, which was integral to our planning for the successful rehabilitation of Dvoor Farm,” said HLT Executive Director Patricia Ruby. “Fulfilling our vision for the site will add to his legacy of conservation and recreational achievements in the region.”

“John always made himself available to assist HLT even when he was traveling and when he was dealing with his illness,” said Catherine Suttle, HLT’s director of cultural resources. “He provided invaluable assistance in defining the scope of civil and environmental engineering work for the Door Project.”

He also was one of the founders of the “Ride for the River” put on by the South Branch Watershed Association, an organization in which he held many offices and of which he was a longtime member. He also served for many years on the Raritan Township Planning Board, the Townsende Homeowners Association Board, and was past president of the Indian Motorcycle Riders Group, Chapter 2003, Lebanon, NJ.